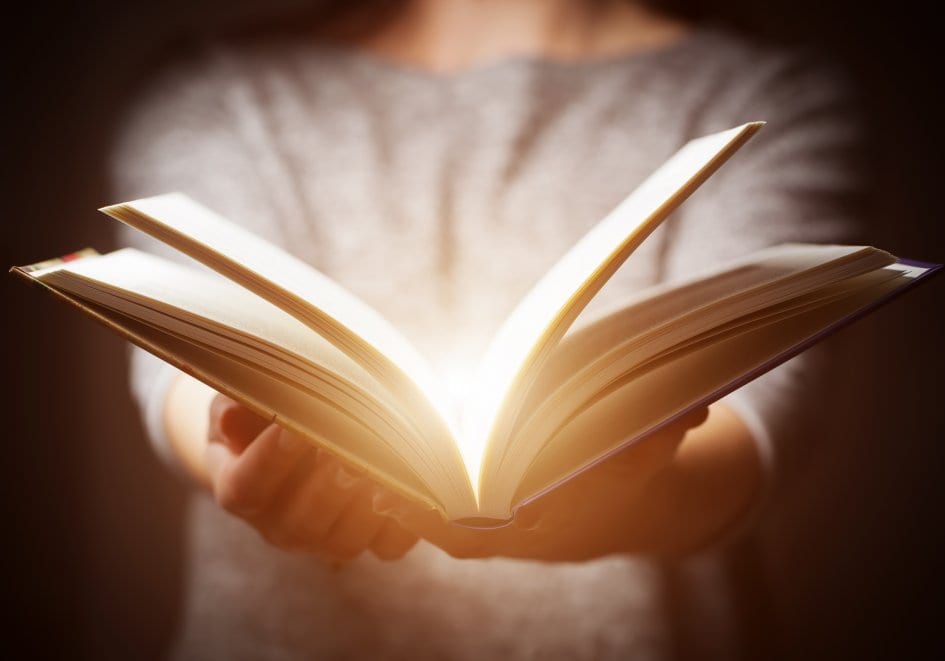 I am forever searching for ideas to illustrate a point, to spark passion, or to provoke reflection.

If old truths are not dressed up in new clothes, they easily pass by unnoticed. Stories are constantly needed for presentations to arouse interest and hold attention, not forgetting the touch of humor that is always helpful.

The image of our human life as a journey is both ancient and new, having received a renewed emphasis in recent years. We tell stories of the journey to provide meaning and understanding for life and existence. We tell stories to put ourselves and our listeners in touch with life’s mysteries. When asked who we are, we share our own story.

I am a collector of stories that have touched my life and others. I tell them to a variety of groups when I speak about positive living or about the hospice experience. Here are a few of my favorites that I hope touch you as they have me.

On drawing the wrong conclusion: There is the story about an old woman who crossed the Mexican border every day on a motor scooter with a sack of sand behind her. The customs officer eventually became suspicious and inquired, “What have you got in that sack?” “Only sand, sir,” came the reply.The officer emptied the sack and, indeed, it contained nothing but sand. And so it went on for a month.

One day, the officer said to the old woman, “I won’t arrest you or say anything to the police, but just tell me: are you smuggling or not?” “Yes,” she answered truthfully. “Well, what are you smuggling?” he pressed her. With a smile, she replied, “Scooters.”

About hypocrisy and ambition: This is the tale about an architect, who had worked for a large company for many years, who was called in one day by the board of directors and given plans for a fine house to be built in the best quarter of the town. The chairman instructed him to spare no expense, using the finest materials and best builders. As the house began to go up, the architect began to think, “Why hire expensive labor? Why use such costly materials?” So he began to use poor materials and to hire poor quality workmen, and he put the difference in the cost into his own pocket.

When the house was finished, it looked very fine on the outside, but it certainly would not last long. Shortly after it was finished, the board of directors held another meeting to which the architect was called. The chairman made a speech, thanking the architect for his long service to the company, as a reward for which they were making him a present of the house!

About gossip: I love the story of several ministers from a small town who were out fishing in a boat. As the fish weren’t biting, they fell to talking. Since they had counseled their parishioners for many years that confession is good for the soul, they decided they would practice what they had been preaching. Each decided to confess his secret sin to the others.

The first said that his great fault was language; he still had trouble once in a while holding back improper words. The second minister admitted that his weakness was materialism; he was too fond of money and it was his first and main consideration in changing pastorates. The third preacher broke the news of an addiction to petty gambling on anything from golf to football. The last minister, who was the helmsman of the small craft, had, by this time, turned the boat toward shore and had increased the speed. One of the confessors said, “What’s the hurry? Besides you haven’t made your confession.” The minister replied, “Well, you see, my sin is gossip, and I just can’t wait to get home.”

On the value of questioning: The story is told about a father and his son who were out walking one afternoon when the youngster asked how electricity went through the wires stretched between telephone poles. “I don’t know,” said the father. “I never knew much about electricity.” A few blocks farther on, the boy asked what caused lightning and thunder.

“To tell the truth,” said the father, “I never understood that myself.” The boy continued to ask questions throughout their stroll, none of which the father could answer. Finally, as they were nearing their home, the boy said, “Dad, I hope you don’t mind me asking so many questions.” “Of course not,” replied the father. “How else are you going to learn?”

And finally, about coping with grief: There’s the story about the little girl who came home from a neighbor’s house where her little friend had died, “Why did you go?” questioned her father. “To comfort her mother,” replied the child. “What could you do to comfort her?” the father continued. “I climbed into her lap and cried with her,” answered the child.

Like pictures, stories are worth a thousand words. They have terrific power, especially when savored. Heed my warning: listen, reflect and wonder, and these stories will yield their wisdom.