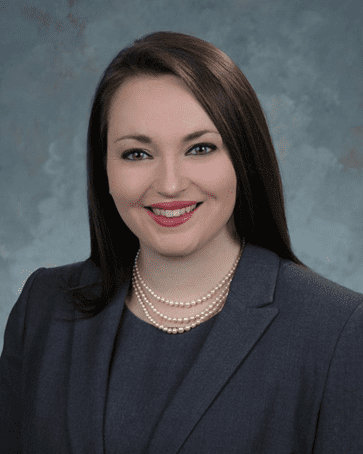 You see our billboards on the way to work, our ads splashed across buses while you’re at the grocery store, your boss’s mom is under our care, you cousin volunteers with us—in Louisville and Southern Indiana, Hosparus Heath is well known. But did you know that Hosparus Health is one of the largest non-profit hospice and palliative care providers in the country—and we’re continuing to grow! Not only are we big, but we are influential. As members of several chambers of commerce across two states, a founding member of the National Partnership for Hospice Innovation and the Louisville CEO council, and an innovator in provider-payor partnerships, we have a voice that matters on a state and national level.

Realizing that, our leadership decided that in 2016, it was time to harness the power of our people and prowess to influence healthcare policy so we can provide the best, most innovative, and effective care for all our patients regardless of their ability to pay.

That’s where I came in. Hi, I’m Amelia McClure and almost exactly six months ago I joined Hosparus Health as the Government Affairs Liaison. I work under Gwen Cooper, our Senior Vice President and Chief External Affairs Officer, who aside from being a business development genius, has a rich background in government affairs and healthcare policy. And we’ve teamed up with Julie Denton, a former long-time Kentucky State Senator who knows the Commonwealth Capitol like the back of her hand. We’re not just focusing our efforts on Kentucky, though! (You can check out our legislative update archives HERE to see exactly what we were up to during session.) We’ve expanded our policy team’s purview from Frankfort to Indianapolis and all the way to Capitol Hill in Washington!

In fact, earlier this spring, Gwen and I spent two crazy days on the Hill meeting with the lawmakers who represent our entire footprint. We were also joined by Gwen’s son, Caden Cooper, who was probably the most effective advocate among us!

Working the Hill on a short, two-day turnaround is a lot like speed dating. We had to make a great impression, fast, and then move on to our next meeting! Our trip began with two red-eye flights—Gwen and Caden from Louisville and me from Indianapolis—that meant a 3:00am wake-up and lots of coffee! Gwen and Caden got lucky, and were on the plane with two of our own representatives, and great champions Brett Guthrie (R. KY) and Jamie Comer (R-KY). As soon as we landed we strapped on our comfy shoes and got down to working the Hill.

Our first meeting was with Senator Joe Donnelly’s (D. IN) office. (We did switch into heels for the meeting!) Senator Donnelly is a member of the Special Committee on Aging and has a unique understanding of the challenges facing hospice and palliative care providers. We then had a great meeting with Congressman Carson’s (D. IN) office. His legislative assistant for healthcare policy, Charlie, actually helped write the CHRONIC Act, a bill that was passed just this spring that will seriously improve our ability to provide care!

Later in the day we sat down with Congressman Hollingsworth (R. IN), who represents Southern Indiana and has been a great partner. While we were there we signed his chalkboard wall and made sure to leave a message from Hosparus—our oak leaf! Congressman Hollingsworth also took us to the Speaker’s balcony. The balcony has an incredible view of Washington, DC, and is where the Speaker of the House sits during presidential inaugurations. We also met with Representative Buchson (R.IN), who is a doctor, and also serves on the Energy and Commerce Health Sub-Committee. Most recently he supported PCHETA, the Palliative Care and Hospice Education and Training Act, a great bill for us!

Quite possibly the most exciting part of our trip was later that evening when Representative Guthrie took Caden to the floor of the House of Representatives for a vote! Proud mama Gwen and I got to watch from the gallery—where the audience sits during the State of the Union speech. At the risk of sounding cliché, it’s so much smaller than it looks on TV! For life-long policy nerds, that was a great moment. And surely an experience Caden will never forget.

The next morning started bright and early at Senator Todd Young’s (R. IN) coffee with constituents. We had a great opportunity to chat with him and several of his legislative assistants. Just this week we got a signed picture of the whole group with him in the mail . Later in the morning we joined other members of the Kentucky Association of Hospice and Palliative Care for several meetings with our lawmakers. We caught up with Representative Guthrie again, who is actually the vice chair of the Sub-Health committee! Caden got to take a Snapchat-selfie with Representative Massie (R. KY) during our meeting, and we chatted about the farm bill with Representative Comer (R. KY). And Senator Rand Paul (R. KY) was excited to tackle the issues hospices are having with opioid prescriptions in nursing homes.

We were also fortunate enough to sit down with Leader McConnell’s (R. KY) office. While he couldn’t attend the meeting himself because he was busy with the official state visit of France’s President Macron, his legislative assistant Amy, was extremely knowledgeable about issues affecting hospice and palliative care. As majority leader of the Senate, Senator McConnell has the power to set the agenda for the Senate. Needless to say, Kentucky is in a good spot in the Capitol!

Even with all our meetings we were still able to do a few touristy things! We were very grateful to Representative Comer’s office for giving a wonderful tour of the Capitol. Standing alone in the capitol rotunda is an experience unlike anything else! We also swung by the Library of Congress, which just might be the most beautiful building in DC.
It was a great trip, and we can’t wait for many more. When we’re not in DC, your Hosparus Health policy team is hard at work in Indiana and Kentucky.

Stay tuned for more updates and feel free to get in contact at any time!