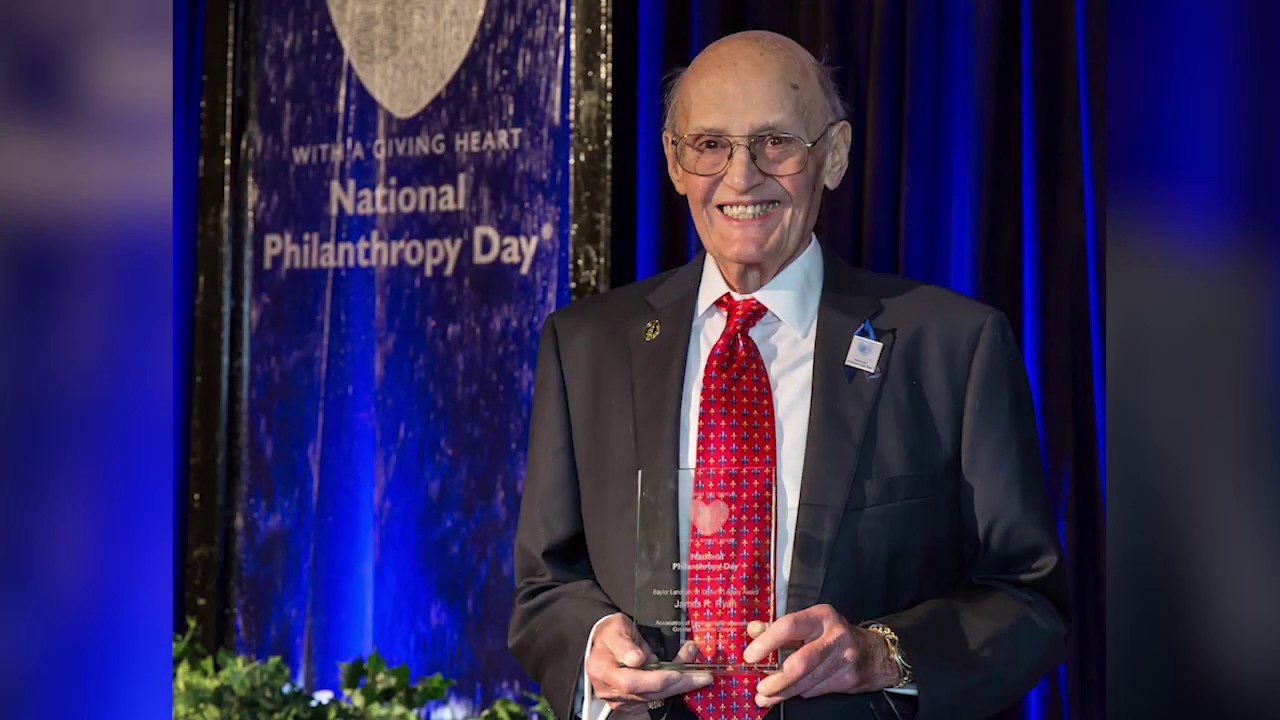 The late Jim Ryan received the Hosparus Health Sherrill Thirlwell award at the 2018 Candle Glow Gala. The award was presented to his family.

This award is given to an individual or organization whose efforts reflect the spirit of innovation that also guided the hospice movement in our community.

About Sherrill Thirlwell
In 1974, Sherrill Thirlwell attended a lecture facilitated by Dr. Elisabeth Kübler-Ross who came to Louisville to promote her first book, On Death and Dying. Several members of the Louisville community who were interested in the needs of terminally ill patients began meeting. Sherrill, Dr. Harper Richey, Rev. Richard Humke and Gerald Swim founded Hospice of Louisville. In her own historical record, Sherrill said, “Hospice did not evolve from a group of people who sat down one day and said, ‘Let’s start a hospice!’ The chain of events which led to its formation is like a saga or a fairy-tale…”