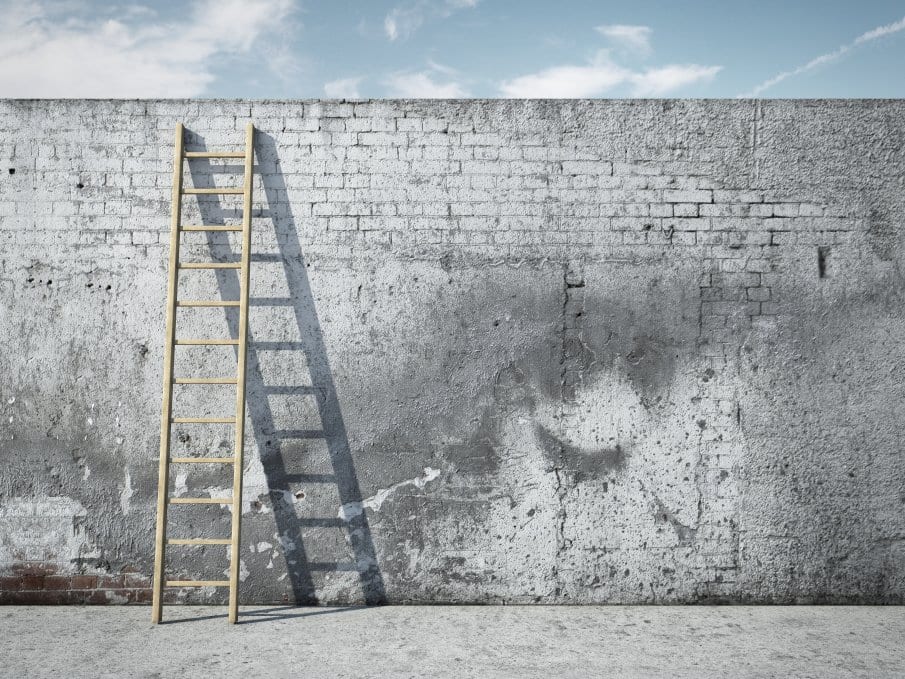 In seminary, we had speech class to prepare us for the pulpit and for the countless times we would be speaking in public. The hardest part is that we had to present our talks to our fellow classmates and critique each other. We were challenged to practice every element of speaking: our tone of voice, our facial expressions, our eye contact and the content of our talk.

We always heard about Demosthenes, the greatest orator of Athens. Demosthenes’ persistence is amazing! He was fatherless, effeminate, awkward and the child no one understood, the one everyone laughed at. Not exactly the boy you’d expect would soon hold the power to mobilize a nation to war by his voice alone.

Disadvantaged by nature, abandoned by the people he depended on, nearly every wrong that can be inflicted on a child befell Demosthenes. None of it was fair, none of it was right. Most of us, were we in his position, would have given up right then and there. But Demosthenes did not.

To conquer his speech impediment, Demosthenes devised his own strange exercises. He would fill his mouth with pebbles and practice speaking. (I tried this with marbles once and almost swallowed one.) He rehearsed full speeches into the wind or while running up steep inclines. He learned to give entire speeches with a single breath. And soon, his quiet, weak voice erupted with booming, powerful clarity.

Demosthenes locked himself away underground in a dugout he’d had built in which to study and educate himself. To ensure he wouldn’t indulge in outside distractions, he shaved half his head so he’d be too embarrassed to go outside. And from that point forward, he dutifully descended each day into his study to work with his voice, his facial expressions and his arguments.

When he did venture out, it was to learn even more. Every moment, every conversation, every transaction was an opportunity for him to improve his art. All of it aimed at one goal: to face his enemies in court and win back what had been taken from him. Which he did.

Some academic once asked Demosthenes what the three most important traits of speechmaking were. His reply says it all: “Action, Action, Action!”

But you, when you’re dealt a bad hand, what’s your response? Do you fold? Or do you play for all you’ve got? Are you then none running toward it? Or running away from it? Or worse, are you paralyzed and do nothing?

And it’s sad that so many of us fall, opting away from action. Because action is natural, innate. You trip and fall right now, your body’s instincts protect you. You extend your hands to break your fall, so you don’t break your face.

But in our lives, when our worst instincts are in control, we dally. We don’t act like Demosthenes, we act frail and are powerless to make ourselves better. We may be able to articulate a problem, even potential solutions, but then weeks, months or sometimes years later, the problem is still there. Or it’s gotten worse? As though we expect someone close to handle it. As though we honestly believe that there is a chance of obstacles straightening themselves out.

We forget. In life, it doesn’t matter what happens to you or where you came from. It matters what you do with what happens and what you’ve been given. And the only way you’ll do something spectacular is by using it all to your advantage.

No. No excuses. No exceptions. No way around it. It’s on you.

We don’t have the luxury of running away or hiding. Because we have something very specific we’re trying to do. We have an obstacle we have to lean into and transform.

No one is coming to save you. And if we’d like to go where we claim we want to go (to accomplish what we claim are our goals) there is only one way. And that’s to meet our problems with the right action.

Like Demosthenes, we must meet our obstacles with energy, persistence, with pragmatism, with strategic vision, and with an eye for opportunity and key moments.

Are you ready to get to work?