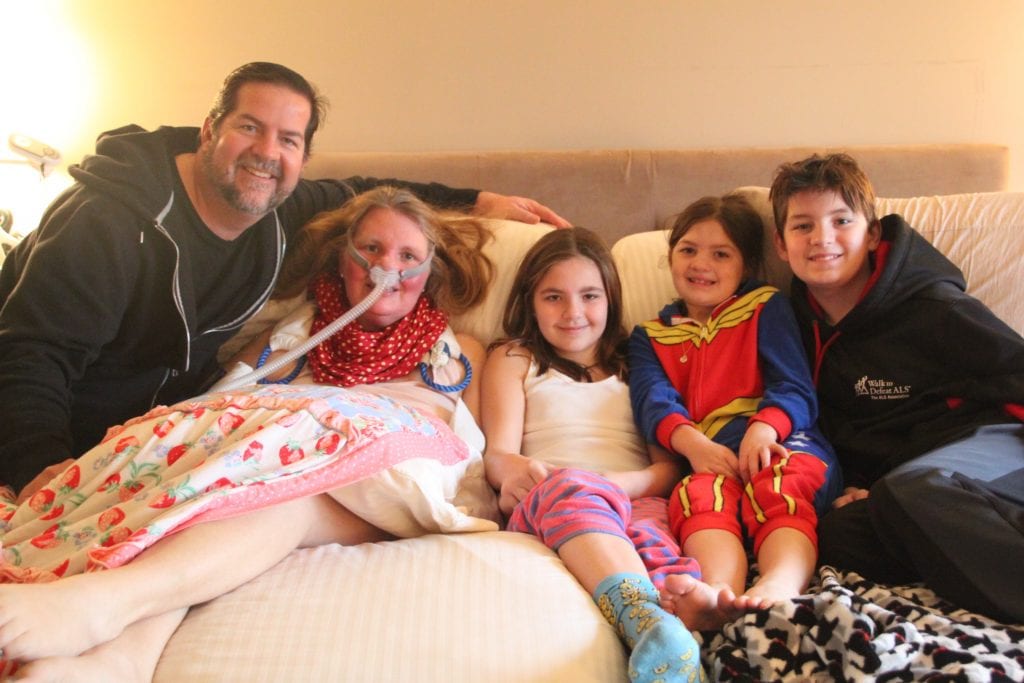 When Carrey Dewey called Hosparus Health for help, she was primarily looking to ease the burden on her caregivers and didn’t expect to get much out of it herself.

While she says it has proved to be just the blessing to her family she had hoped for, she has been surprised and pleased to discover how much better her own quality of life has become in the months since she was admitted to the Hosparus Health Palliative Care program.

“I was turned away from hospice, but the palliative program offered a wonderful alternative,” Carrey says. She was admitted to the pilot program in August. “I think it’s so great that people who don’t qualify for hospice still have an option.”

“We can afford to pay the monthly fee, but there is no pressure if we couldn’t,” she adds. “It is not intended to be a financial hardship. Hosparus Health would let us pay what we can, and I really appreciate that.”

The Benefits of a Team Approach
Carrey receives nursing, social work, counseling and volunteer services through Hosparus Health. She is also receiving various treatments for ALS in addition to supportive palliative care, and her Hosparus Health RN serves as a bridge for all her medical providers. The nurse consults and coordinates with all her doctors to ensure she is getting the most beneficial care possible.

Carrey says Marcy, her social worker, helped with advanced care planning and a DNR, “She offered several different scenarios to help us make sure we were putting in writing what we really wanted.” Marcy also helped her research resources for ALS families, such as available scholarships for her children, end-of-life planning, and she even assisted Carrey in picking out her own urn. “It’s nice to have an objective person who can help me take care of some of these personal and emotional things that I don’t want to ask anyone else to do for me.” Carrey says.

Carrey knew about Hosparus Health because of past experiences. Other family members had been under hospice care, and she and her sister received grief counseling services following the death of their mother. Now she is receiving anticipatory grief counseling for her family through the palliative pilot program.

Counseling has been especially beneficial to her kids, who she says, “have normal people problems like arguing and not following directions, while living in an extraordinary situation. It’s so nice that this is part of Hosparus Health’s services, that we don’t have to go out and look for somebody with that type of experience, and that she will come to our home. It’s been a huge help.”

A recently added CNA visit to help with bathing is “a huge blessing” for Carrey. This one hour a week visit has made a big difference in her quality of life. Just having an extra pair of hands and eyes to make simple suggestions makes life a lot easier, like suggesting she cut her tank tops up the back to make them easier to get on and off and using Desitin ointment to prevent skin rashes.

A Hosparus Health volunteer does wonders for Carrey’s mental health by visiting once or twice a week and weeding her flower garden. “It was depressing to see my garden looking so pathetic and not being able to do anything about it,” she says. This gift, again, makes a world of difference to Carrey. Volunteers also help with writing letters to her family to preserve her legacy, and with posting to her Team Dewey: Kickin’ ALS Facebook page.

Preparing for Transition
Carrey’s care team is helping her live as well as possible for as long as she can. “I feel comforted that I have a team of people who know not just me, but also know my family, that give good advice, and I know I can call anytime,” she says.

She adds that, though she is limited, she has a lot of living left to do. “I don’t feel like I’m dying even though, with my diagnosis, it’s clear that I am. I have three kids, and I feel like I have an active life.”

Her team knows she plans to transition to hospice when she is ready to give up treatment. “I’m on a ventilator, which hospice does not support,” she says. “Since I am already in the system, it will be an easy transition, especially if things turn quickly, like they tend to do with ALS. Having a team and plan in place gives me a lot of peace and comfort.”

And Carrey is eager to share that peace and comfort with others. In fact, she recently recommended Hosparus Health palliative care to a friend with ALS, and his quality of life has already improved.

“It feels great that other people like me can benefit,” she says. “I deeply appreciate that Hosparus Health sees the value for patients like me and plans for the program to continue.”

We are honored to support such a courageous woman and her family as they deal with the challenges of ALS. Follow Carrey’s journey on Facebook at facebook.com/TeamDeweyALS/