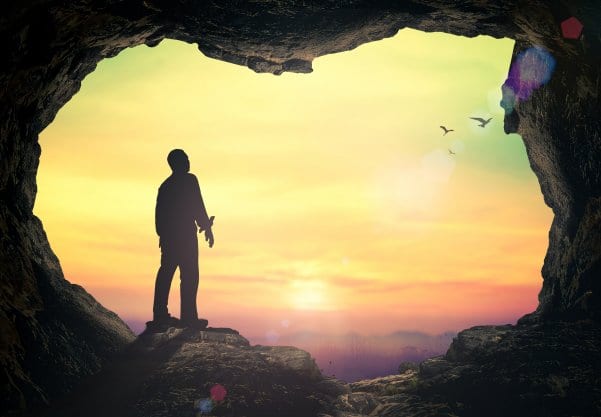 Can you imagine if everyone were a little more humble? It would certainly be a nicer world if we were more willing to admit that we don’t know everything, that we have weaknesses and that we make mistakes.

It would be even better if we’d confess that we’re wrong and say we’re sorry more often. And it would be better yet if we always treated each other with respect and dignity. Like my Dad used to always say, “Be humble or be humbled.”

Why aren’t we more humble? It’s because of a basic flaw that we all seem to share – we’re too often preoccupied with ourselves. It’s part of the human condition. We come into the world totally dependent upon others for our survival and our comfort, and we begin thinking that everything revolves around us.

We also grow up in a society that reinforces this attitude by constantly reminding us to look out for “number one.” The problem with this is that if we all have a “me-first” mindset, we end up making life more difficult for others, and ultimately for ourselves.

Humility is too often portrayed as a weakness. Many people associate it with being meek and mild, even wimpy. But we have many examples from history that prove just the opposite. Humility is actually a sign of strength and some of our great leaders have proven it.

For hundreds of years in this country, self-centeredness and self-promotion were considered rude. In fact, they were appalling to most people. If you were good at something you kept quiet about it and let others sing your praises. That was the polite thing to do.

Both self-centeredness and gloating are on the increase. We’re much more likely to focus on, and glorify the “self” than we were a few decades back, and in many circles it’s become the norm.

How did this happen? I think too many people put much time and energy into discovering their real selves, and that it eventually led to “self-absorption” to the dead end of a narcissistic preoccupation with self.

Other factors that contributed to the disappearance of humility are proliferation of the media with reasons to glorify ourselves, brash messages from celebrities in the entertainment world, bragging and trash-talking by athletes and a new thrust in advertising urging us to worship the “self.”

Humility is not a sign of weakness but one of strength. People can be highly successful in any endeavor, be strong and effective leaders, and still remain humble. They may not appear on TV or in newspapers much, but we all know people like this. And we admire them.

Such people for me are my parents, several of my teachers, and hospice care providers. These are all people who have shown me that we don’t have to beat our own drums in order to accomplish something of significance.

What does humility look like? What do humble people do and what do they not do?

My Dad was a master of quotes and whenever he noticed someone who lacked humility he would always say, “They are full of themselves,” or if they popped off too much, he would say, “There goes ole flannel mouth.” Dad used these as teaching moments for us in our behavior.